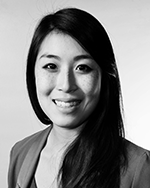 “I've wanted to change the world since I was 13. After graduating Georgetown in 2012, I spent the last 5 years building companies to solve social challenges, none more meaningful than Veterati. 2 years ago, Veterati was an informal mentoring group where we would mentor Daniel's Marine buddies. One of the Marines I met, I asked him, "What was transition like for you?" He looked straight at me and said, “Not good. I've been to 3 friends' funerals since I've been out of the military. They're all friends who committed suicide." More soldiers die by their own hand than in battle. It's a lonely path for the soldier coming home to no community, no purpose, no job. Anyone would struggle with this. And so for me I build Veterati to save lives and empower good people to succeed.” 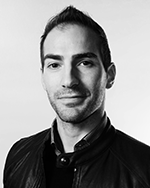 “After spending a decade in the Marine Corps and the private security industry, I saw a very clear need for a solution to transform the frustrating, isolating, and inefficient military transition experience that myself, friends and family from the military community had experienced. So I built Veterati - the leading digital mentorship platform for the military community. We connect service members, veterans and military spouses directly with successful professionals, for the critical ADVICE, Community, and Connections to navigate through and beyond military service.

Transform your career journey into an adventure of exploration and renaissance of growth, learning, and empowerment through 1-1 mentorship conversations with industry insiders today. Veterati has your back through your military transition and all along your career journey - Go for it! "

Thanks To The Original 6

Want to know what mentees and mentors are saying about their Veterati experience?